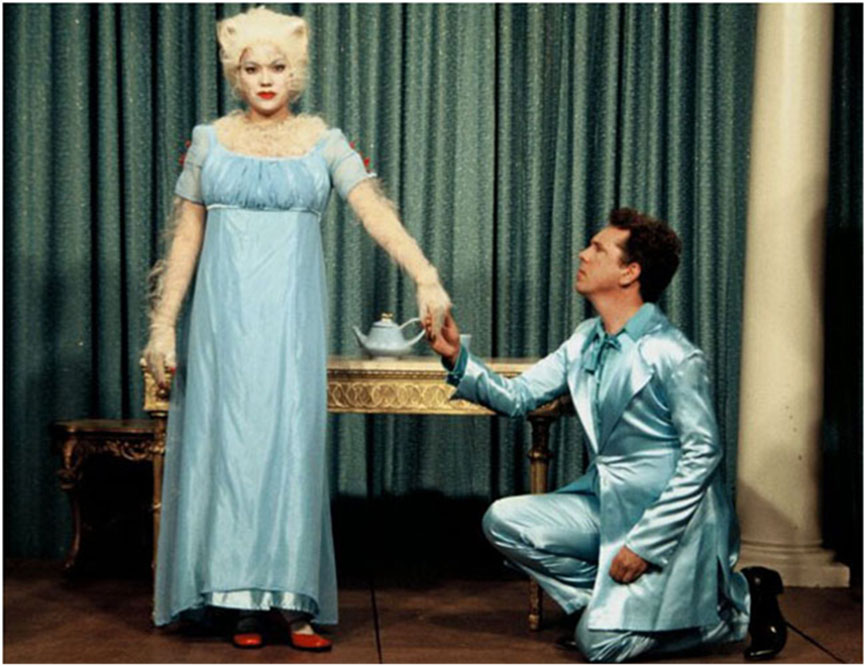 This short film is adapted from Madame d'Aulnoy's clasic fairy tale, The White Cat. The White Cat was originally planned as a feature film musical which Anna Biller worked on over a period of a couple of years, creating an original soundtrack, over a hundred costumes, many props, and a children's book. Eventually, realizing it was a bit unconventional and expensive to raise the proper funding for, she instead adapted it for the stage with a cast of eight performers, and called the new version The Lady Cat. This play was staged at a few underground theaters in Los Angeles, and later Fairy Ballet, a scene from the film, was filmed as a test for the motion picture. The White Cat was an ambitious project, in the style of symbolist-decadent poetry and plays, adding in influences from the American music hall and vaudeville.

The film and play were trying to capture the complex nature of the character of the White Cat, an enchanted princess who has been transformed into a cat, with all of the perversions and fancies that such a transformation implies. This particular scene is about the sexual feelings that are awakened in the two lovers when they witness the awakening of spring.