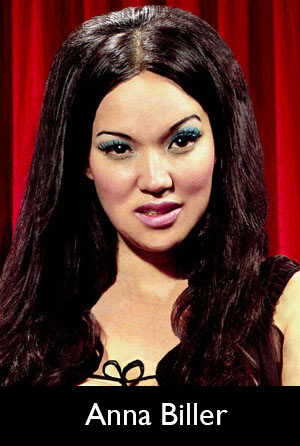 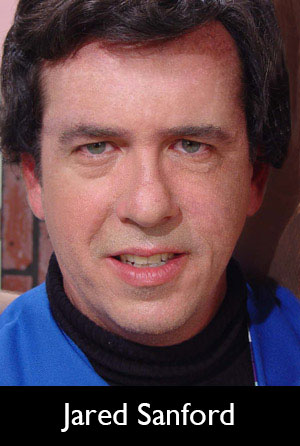 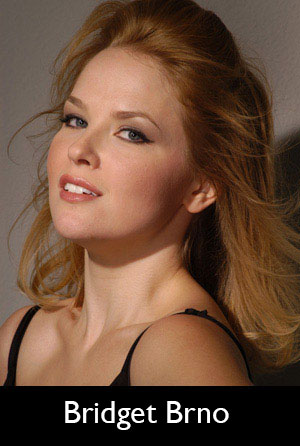 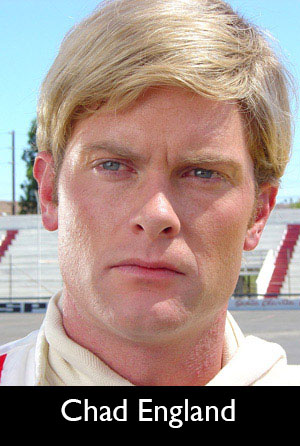 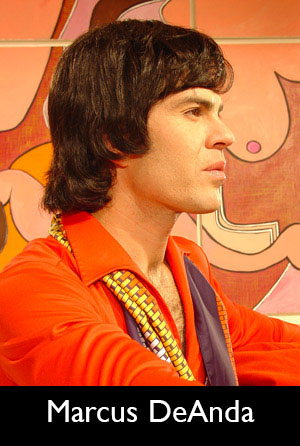 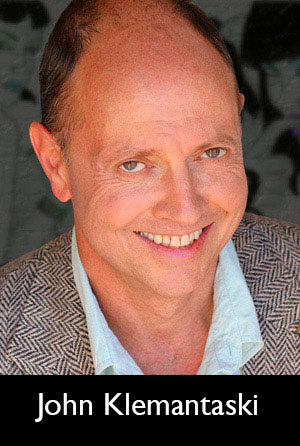 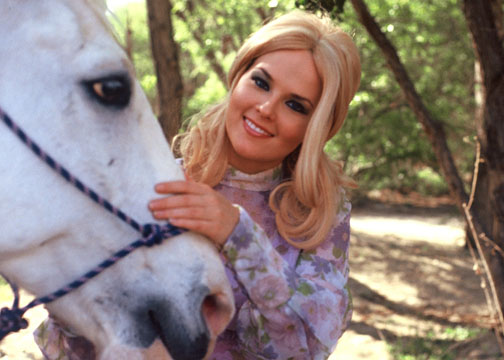 Bridget's career began at the tender age seven when she portrayed an orphan in the film production of The New Adventures of Pippi Longstocking. While she's maintained her innocence and blonde curly locks, her talents have matured as she has since obtained a BA in Theater from Loyola Marymount University and a long list of theater, television and film credits. Her theater credits include Marilyn Monroe in Wilhelm Reich in Hell; Lady Croom in Arcadia; Witch in Into the Woods; and Horatio in Hamlet. Television credits range from a series regular on Angel Air to a guest star on The Suite Life of Zach and Cody. She has landed supporting roles in several major motion pictures including Bewitched, Date Movie, and Haunted Mansion.

When you watch Bridget on the screen it is clear that she is short on neither confidence nor charm. Her name, Irish in origin, means strong. Watching her throughout her career one can easily see strength, expressed through a calm sensuality. When one looks at Miss Brno, one might immediately think of a classic pinup. Her resemblance to Marilyn Monroe is certainly apparent. But these are only surface qualities of this former pageant queen. Just beneath this glamorous surface lies intelligence not common among iconic blondes. With Viva, Miss Brno welcomes the chance to branch out and hone her skills as a comic actress and classic screen siren. 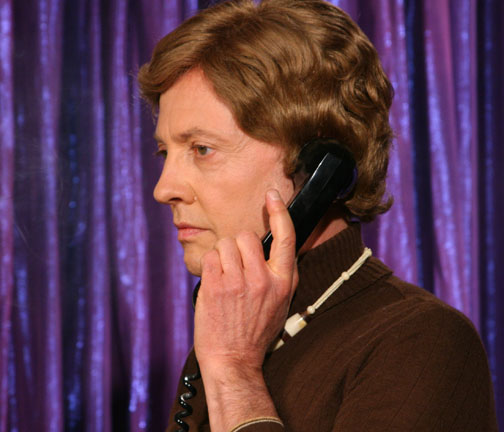 Born in London, England to a cosmopolitan family of actors, painters, writers and scientists, John knew from an early age that all he really wanted was sex and money. As a five year old, of course he had to conform to his parents' wishes and attend school, read books and do all the things that other children did, but he never lost sight of his goals. The turning point came when he was seventeen. Having wasted an extremely expensive education, John was, despite his best efforts, poised on the verge of a period at Oxford, followed by an illustrious career in the professions. In a mistaken attempt to force him down this path, his father offered him the choice of going up to Oxford or taking the fees in cash. Thus was the die cast. The life of debauchery and narrowly-avoided law suits that followed inevitably drew John towards Los Angeles and in a decision upheld in the Supreme Court by five votes to four, he was granted Permanent Resident status in the United States in 2002.

Since then, he has shown a deep, intuitive understanding of Hollywood and, in the time-honored tradition of England's finest private schools, he has slept, bribed or blackmailed his way into at least a dozen feature films and more than forty other films, TV series and commercials. Despite the impassioned pleas of his parents and other family members, John continues to use the proud old name of Klemantaski. John has had at least two wives of his own, as well as several belonging to other people. 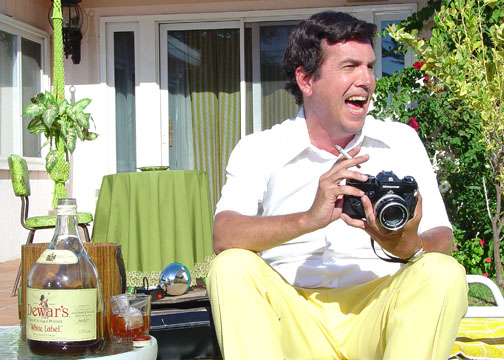 Jared Sanford is an actor, writer, and producer living in Los Angeles. He is also a movie buff, an avid and voracious reader, and an expert on trivia and obscure arcana of all kinds. His wide knowledge of literature and classic films has produced a strong fantasy life, which he uses to shape his work as a writer, actor, and decadent Hollywood sexploitation producer. Jared has been known to play romantic leads, albeit not without a certain air of ironic self-deprecation, but his specialty is in playing character roles. He has been greatly influenced by the work of old movie greats such as Lon Chaney, Charles Laughton, and Boris Karloff, and has been compared favorably to John Dall, Al Jolson, Jack Buchanan, and Raymond Massey.

His favorite roles are monsters, dandies, braggarts, pompous windbags, buffoons, and sleazes, and he's played all of them with great pleasure and success, in a venerable but selective career on the stage and screen. He is also an accomplished singer with a wonderful deep baritone, and an astonishingly good mimic. He has been working together with Anna Biller for many years, and has been the inspiration for many of the characters that he plays in her films, including The Incubus, The Rajah, The Prince, and Mark, the alcoholic swinger husband with the memorable laugh in Viva. 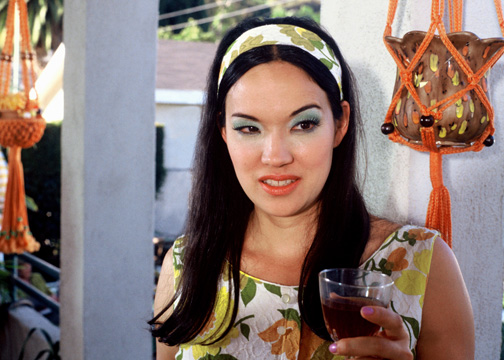 Anna Biller’s interest in performance is tied to a larger interest in creating personal worlds. The child of two artists, she has always seen art as both a means of play and expression, and a means to creating a self in culture. An early passion for classic movies lead her to an interest in theater and film, and she studied theater all through school and into college, playing the lead in a high school production of Romeo and Juliet, designing costumes and writing songs for Antigone, and studying with the great Michael Gordon.

Soon however she realized that her interest in theater went beyond acting, and she transferred into the art department at UCLA, where she learned painting and drawing, performance art and video. In New York she started to make short super 8mm films which she performed in, harnessing ideas from old musicals. She moved from there to live performance, doing short stints at art spaces and a full-length musical, The Lady Cat, and from there to original 16mm and 35mm films. She has continued to perform in her films, adopting a Brechtian style of performance to convey her ideas about female experience, and has recently been studying more traditional styles of acting which she will use in future films. 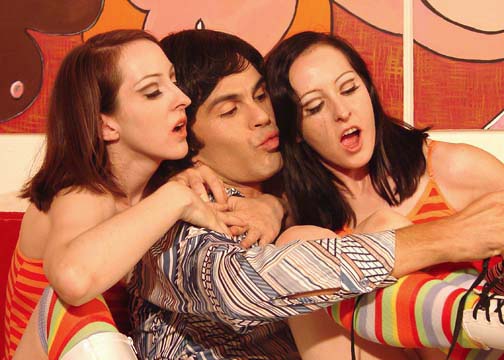 Marcus DeAnda grew up in a small Texas ranch town, with dreams of escaping to a life of glamour. He developed a flair for the dramatic at an early age, performing in plays as a child and absorbing the flamboyant acting style in the Mexican melodramas that his mother was addicted to. Determined to pursue his dream of acting, he earned a degree in Broadcast Journalism at the University of Texas at Austin, then moved to New York City and studied at the Academy of Dramatic Arts. Now he lives in Hollywood, where he supports himself as a flight attendant while pursuing his acting career.

Roles include Dracula in Showtime's Emmanuelle vs. Dracula, a Spanish Conquistador in the History Channel's Conquest of America, a supporting role in Sex in the City, and and numerous other roles in independent films, television commercials and series, and theater productions. His natural talents include a fluid and graceful dancer's physicality, an alluring speaking voice, a commanding screen presence, wonderful comic skills, and an easy and contagious charm that translates effortlessly to the screen. 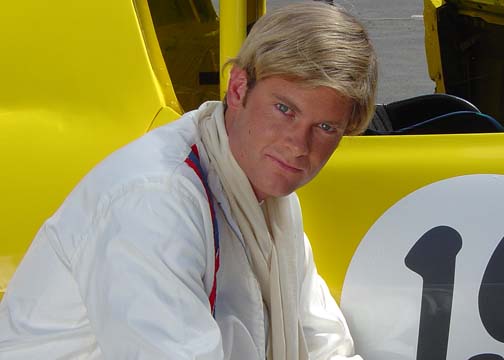 Chad England is a enigma. A quiet and regular guy who devotes much of his time to sports, business, and management, he has a flair for becoming the characters he plays that borders on the uncanny. Never "actor-y," never rushed or nervous, and with the kind of classic good looks that have been pursued by Hollywood producers since the first movie idols lit up the screen, he uses his personal integrity and relaxed masculinity to play roles that would be impossible for most of the neurotic and self-centered stars of today. Reserved and private, he conquers roles with the ease and intelligence of a man who knows who is is and where he's going.

He has appeared in numerous independent films and television commercials, and has elicited screams of delight for his brilliant low-key portrayal of Rick in the movie Viva. 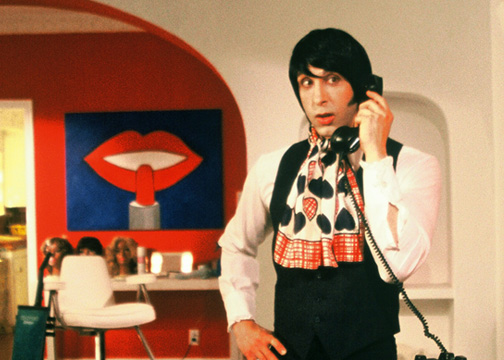 Barry Morse is a Los Angeles native with an MFA in film and art from CalArts. He is a performance artist who often uses himself as a living sculpture, employing weight-lifting, costumes, wigs, and makeup to explore issues of body image, gender, sexuality and memory perception.

He has appeared in various theatrical productions, including Robert Prior’s A GRIMM EVENING and PROJECT ALICE, Robert Greene’s A FAIRY TAYLE, and Anna Biller’s THE LADY CAT. His film appearances include roles in HUSTLER WHITE directed by Rick Castro and Bruce LaBruce, THE HEART OF NO PLACE directed by Rika Ohara, the upcoming film ADULTS ONLY directed by Michael J. Saul, and VIVA directed by Anna Biller, in which he plays a hairdresser, a role he enjoys in real life. He continues his work as an actor with his own videos and live performances in which he creates unique characters which express his own inner states and transformations, including the whimsical videos BUTTERFLY SCAVENGER, MOUSE’S BIRTHDAY, and OOKIE COOKIE, and the art show NARCISSISY, which included MORPHING MAN, an extraordinary series of portraits by Martin Levinne in which he impersonates iconic celebrities. His videos have shown all over the world in queer film festivals and art spaces.