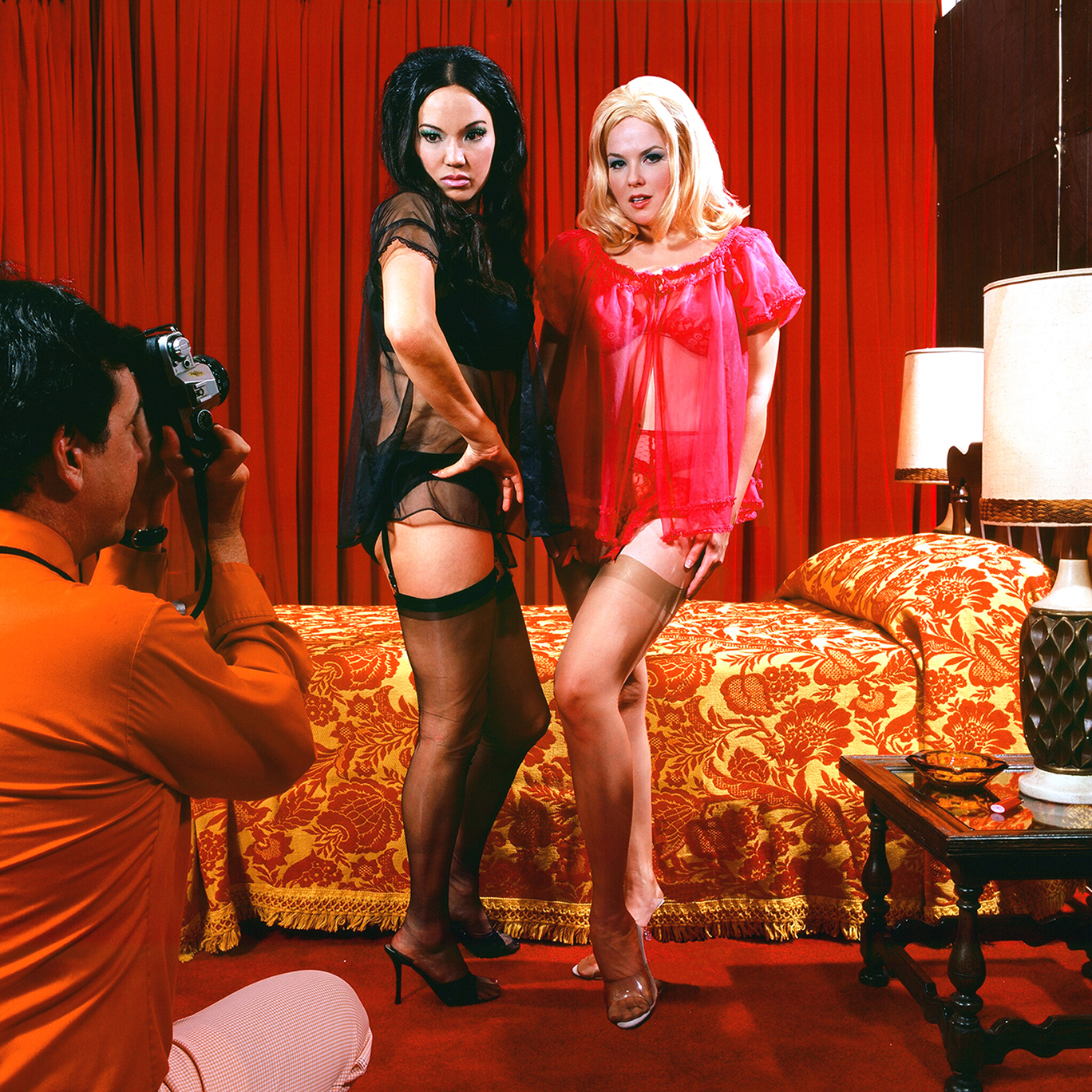 VIVA is a cult freak-out retro 1970's spectacle, about a bored housewife who gets sucked into the sexual revolution. Abandoned by her perfect Ken-doll husband, Barbi is dragged into trouble by her girlfriend, who spouts women's lib as she gets Barbi to discard her bra and go out on the town. Barbi becomes a Red Riding Hood in a sea of wolves, and quickly learns a lot more than she wanted to about the different kinds of scenes going on in the wild '70's, including nudist camps, the hippie scene, orgies, bisexuality, sadism, drugs, and bohemia. VIVA is a highly stylized film that draws on classic exploitation cinema for its look and characters. Saturated to the hilt with vibrant color, and exquisitely detailed in its depiction of the period, VIVA looks like a lost film from the late '60s, even down to the campy and self-assured performances, the big lighting, the plethora of negligées, and the delirious assortment of Salvation Army ashtrays, lamps, fabrics, and bric-a-brac. Whether you're looking for naked people dancing, alcoholic swingers, stylish sex scenes, a sea of polyester, Hammond organ jams, glitzy show numbers, white horses, blondes in the bathtub, gay hairdressers, or psychedelic animation, VIVA has it all!


THE NEW YORK TIMES
Swinging Suburbia and the Sensual City

"Viva" is a startlingly pitch-perfect reproduction of the kind of gauzy sex movies from the 1960s and early 1970s that preceded the hard-core revolution. [Biller's] attention to visual detail is extraordinarily vivid, from the Kool-Aid-colored costumes to the supergraphics that zigzag across the sets. --Manohla Dargis

It takes skill - a certain sly, even perverse nimbleness of craft - to make an homage to schlock movies that treats them as works of art. Viva, written and directed by its star, Anna Biller, could just about be the third featurette in Grindhouse. It's a lovingly re-created, almost fetishistically spot-on tribute to the candy-colored soft-core sexploitation films that sprouted up like weeds in the late '60s and early '70s...a truly sexy movie." --Owen Gleiberman